I was cleaning the basement but then spiders so that's a big ol' nope for until I can vacuum those guys up.

So let's talk about a cool thing on the internet that you should know about. I've mentioned Ryan Claytor in the past (and this is where I'd normally link to his personal web page, but the only thing I want to be linking to today is this one particular project) as, y'know, the guy who taught me The Comics. A lot of you who follow this blog probably follow his activities too, but in case you don't:

Ryan is doing an indigogo campaign (go to it here) to raise funds so that he can do a large, nice printing of a book that compiles his latest minicomics, all of which center around the intersection of autobiography and comics.

Plus, he's been converting from flat black and white to a duotone look which....gotta say, looks pretty sweet. Check out this example:

If nothing else, go check out the video; it explains better than I can, and if you've got any little bit to contribute, please please do :)

Posted by Unknown at 7:17 PM No comments:

I've got a series of posts to make in the next couple of days, but I thought I'd update with some actual physical painting type stuff real quick since that's about all I've got the brain power for right now (rapid pack and cleaning of apartment+graduation+two days of driving==sleepies) 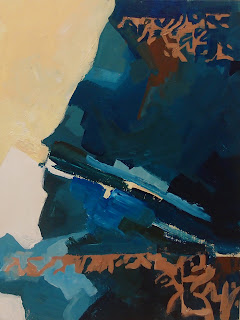 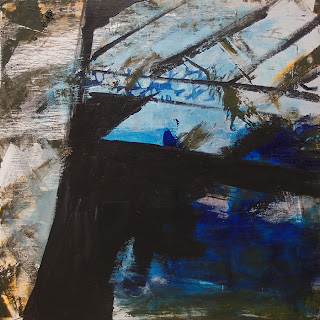 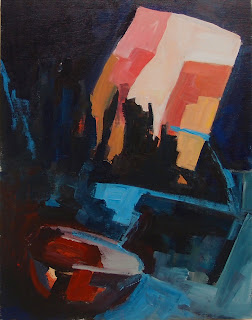 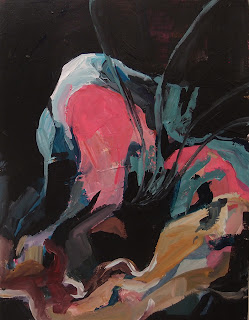 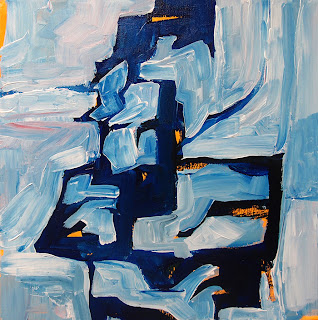 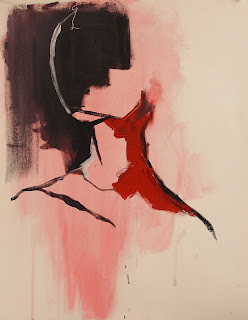 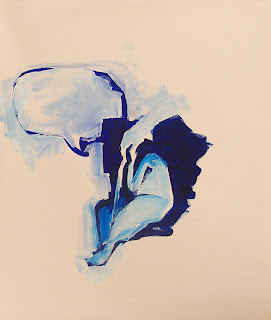 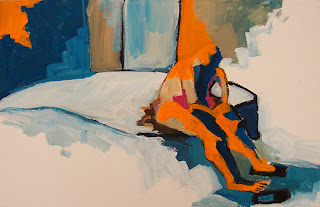 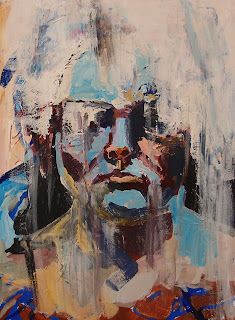 With these, I've discovered that I've no idea how to accurately photograph/adjust an image to get day-glo paint to look like itself. So that'll be a problem to overcome. If anyone's got any suggestions, I'd love to hear them.

I've got a bunch of acrylic paintings to take photos of, plus some other stuff, but this (at least in a rough form) is due this Wednesday (I've got the last sequence to get through...just five shots or so? but I've no idea how she's actually going to beat the boss yet....gotta figure it out tomorrow; then it'll be sound and editing things together, shouldn't be too bad, really) so....here's everything so far: (EDIT: and....finished? maybe? to be refined, certainly but...yeah. so sleeps)

Posted by Unknown at 2:27 AM No comments: 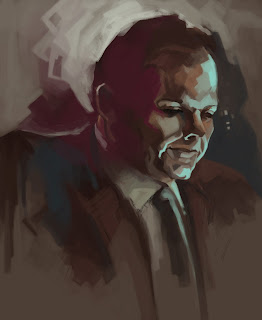 Posted by Unknown at 4:57 PM No comments:

three sequences and a couple of other things

I completed the following two before this one and am still working on the first two sequences, but this one makes me think I might want to go through and make the whole thing silhouetted and sketchy, pull a Limbo on it. 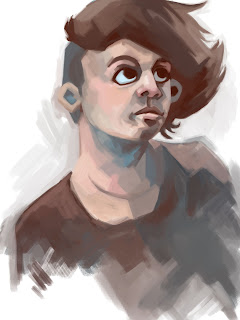 started mixing it up, using brushes from another set that I downloaded ages ago. Help, I like them....

Vikings: you should be watching it. 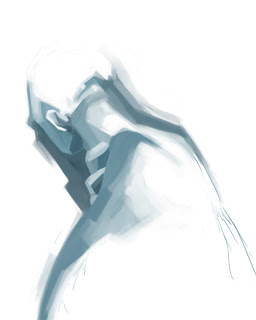 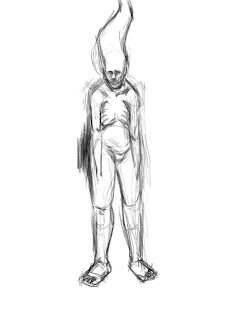 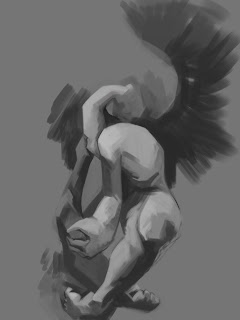 Posted by Unknown at 1:36 AM No comments: 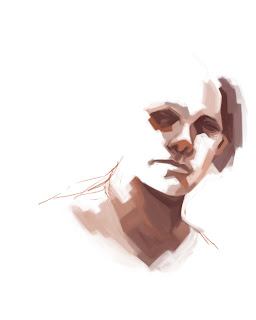 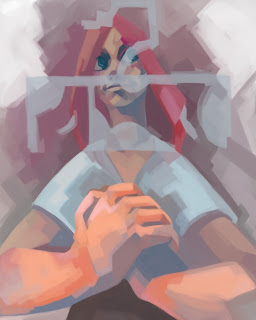 Posted by Unknown at 1:05 PM No comments:

Quick test to see what I could do with the brush I usually use for painting. It's pretty interesting so something to revisit, but it'd be hell for a full minute of animation

This'll probably be the style I wind up going for--it's important to be honest with yourself, and I lean hella toward the sketchy end of things by default.

playing with some open mouthed inbetweens, but it just turns out looking like she's beatboxing? I'm ok with this.

And now for something completely different: Supergiant has announced their new game. Transistor. Oooooh my god it looks so good. It'll be out sometime in 2014 and I just......aaaaaaaaaaaaaaaaaaaaaaaaaaah. 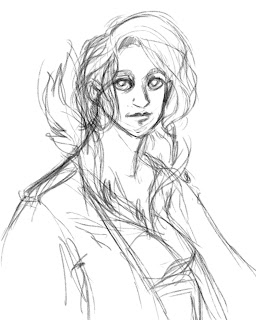 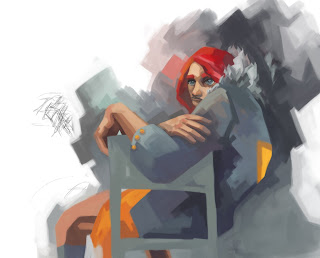 I JUST LOVE TO DRAW AND PAINT HER ALREADY 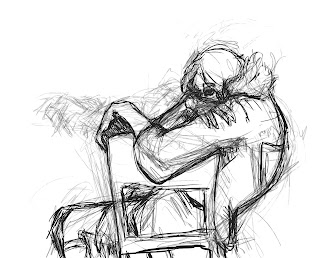 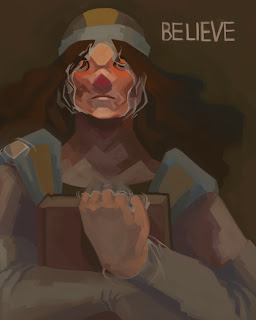 I haven't been so creeped out by my responsibility in bringing the narrative to its natural conclusion since I played Braid. I can't really say much about it since it'll ruin the whole thing but the general conceit of games is that the player character is the avatar for the player, right? Yeah, not so much.

Ok, back to work.